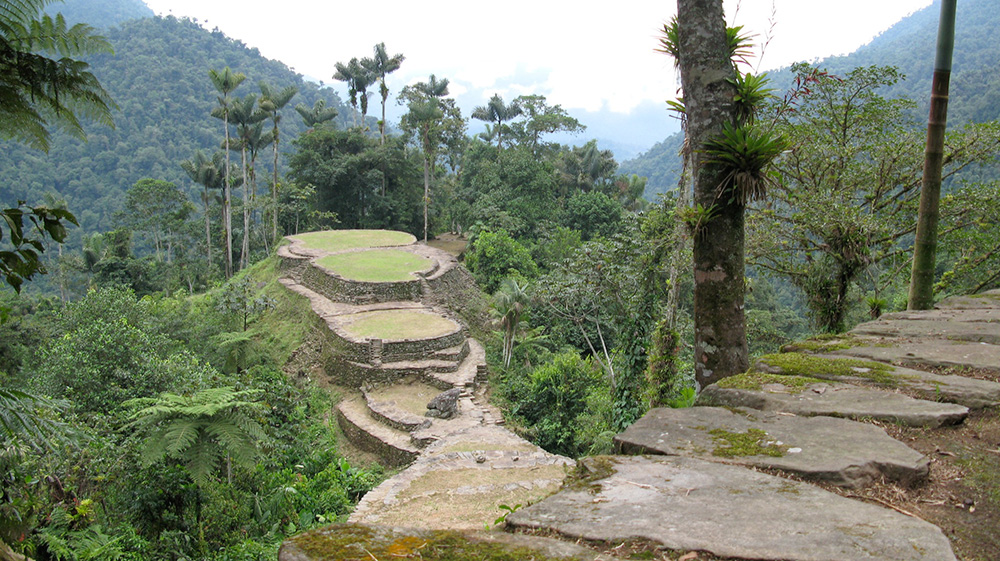 Reaching the “Ciudad Perdida” in the Sierra Nevada de Santa Marta is an activity that no tourist who explores Colombia will want to miss. Also known as Teyuna or Buritaca-200, this is a civilization that consists of a settlement of the indigenous Tayrona people. Its discovery is attributed to a group of archaeologists in 1976 although, according to archaeological research conducted in the town, it was founded around 800 A.D. and abandoned at some point.

The location has an area of approximately 13 hectares and is an amazing and impressive place that is mainly characterized by its complex architecture, composed of circular platforms that make up the seats of the houses of the Tayrona. Likewise, tourists can see networks of stairs and paths that serve as the link between the inhabitants of those times and the modern day as they constitute trails for visitors to walk at their own pace without a risk of deviating. There are also water pipes for the population and for the conservation of soil fertility that the city maintains through hydraulic transport.

Visitors will also find a variety of drawing and paintings etched in stone like petroglyphs. One of them that stands out is the Piedra de Donama, a rock that catches your attention for the different meanings that have been deciphered from its symbols. Thus, the Lost City has converted into a mandatory place to visit for tourists who hope to understand the rich heritage and indigenous cultural history of Colombia. There are still about 50,000 aboríginal people, such as the Koguis and Arhuacos located specifically in that area. The city is located about 1700 meters high in the Buritaca River basin, and is well known as a national archaeological reserve and recognized as one of the 7 wonders of Colombia.