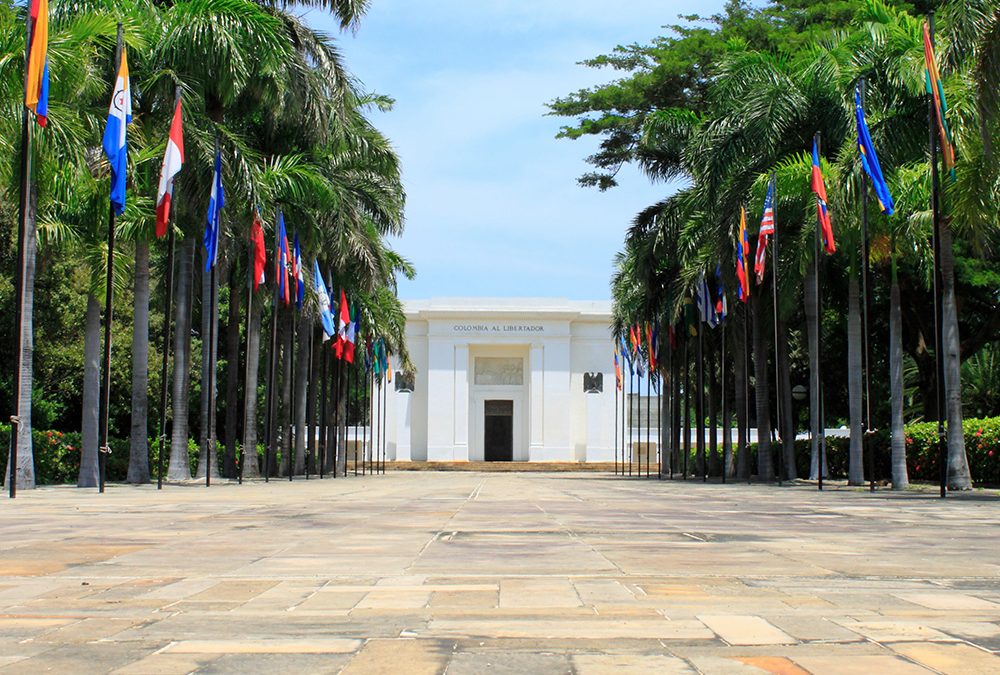 The Quinta de San Pedro Alejandrino is recognized as the place where Simón Bolivar, the liberator of 5 nations including Colombia, breathed his last breath of life. La Quinta owes its name to Father Francisco de Godoy who, after founding it on February 2nd, 1608, decided to call it “La Florida San Pedro Alejandrino” in homage to the Spanish martyr Pedro Godoy. This hacienda changed owners about 15 times, passing through wealthy owners such as the Mondragón, Orozco, De Mier, among others.

With regard to the De Mier, it should be noted that at the end of the 18th century, it was bestowed upon the Spaniard Don Joaquín de Mier and Benitz, who before dying left it to his son Manuel de Mier. This man eventually put it up for sale to the district of Magdalena, which declared it a Historical National Monument, transforming it into an enormously attractive tourist site, due to how it reminds people of the glories and sorrows of the Liberator, his fights in the battlefield and his authentic interest in moral matters.

Bolivar arrived to the Quinta on December 1st of 1830 after announcing his resignation to the presidency of Gran Colombia, where he was received as a guest by Joquín de Mier and Benitez. On the fourth day of his stay, he was the victim of a terrible sickness which confined him to his bed until the 17th when he passed away, but not before sending a libertarian message full of union and fraternity to the nations he formed. Currently, the Quinta retains many of the aspects that set it apart in its beginnings, such as architectural elements and furniture, which make it a must-see destination for lovers of history who visit the city.